Birth Of A Unicorn: The Interlace Of Evolution And Revolution

Once benchmarked as an insurmountable hurdle, there are now more than 800 unicorn companies globally, and the number is growing by the day.

Humanity has been fascinated with unicorns for a very long time, appearing in Mesopotamian artworks, ancient myths of India and China, as well as being poetically illustrated in the Bible as the strong and splendid horned animal called re’em. Today, the term unicorn represents a technology company that has surpassed the valuation of one billion US dollars. Once benchmarked as an insurmountable hurdle, there are now more than 800 unicorn companies globally, and the number is growing by the day.

Our fascination with unicorns, however they may have been represented, has a commonality consistent across the ages that is rooted in our need to attain what is initially envisioned as the unattainable. In purity, freedom, gentleness, strength, intelligence, divinity, and, now, financial value. The human need, as etched by Captain James T. Kirk and later refined by Captain Jean-Luc Picard, to go “where no one has gone before”.

A recent research study by Stanford University Graduate School of Business Venture Capital Initiative explored where unicorn founders were born. The background of the research was the ongoing discussion about the role of immigrants in the US economy, especially in relation to the innovation ecosystem. Analyzing 1,078 founders of 500 US unicorns, the researchers concluded that a large number of unicorn founders are first-generation immigrants, with 474 (44%) of them born outside of the US. Specifically, 10 countries were the birthplaces of more than 10 founders, with India, Israel, and Canada as the top three, followed by the UK, China, and Germany.

Empowering ourselves to venture closer to capturing the elusive unicorn, we aim to look beyond the focus of Stanford University’s research and seek to understand the ‘what’, ‘why’, and ‘how’.

The ‘what’ is pretty clear — the ability to create something that has significant value. ‘But why?’ Given the ever increasing influx of immigrants to the US, from every corner of the world, why is this ability seemingly over represented in some, and not in others? Is this truly as one-dimensional as the aggregated statistics seem to elude. Of course not — we must peel the onion of data and reveal what lies beneath.

Vivek Wadhwa, an Indian-born tech entrepreneur recently wrote in Fortune about the rise of Indian-born CEOs. “In a land of more than a billion people, most of whom are hampered by rampant corruption, weak infrastructure, and limited opportunities, it takes a lot to simply survive, let alone to get ahead. Indians learn to be resilient, battle endless obstacles, and make the most of what they have,” he shares. “In India, you learn to work around the problems that an unjust state and society create for you.”

In Israel, ‘chutzpah’ is brazen self-confidence, audacity, or nerve. It is an intense sort of gumption that takes the trajectory of things over and beyond the pursuit of what might be best in a particular situation, to simply pursuing the best course of action regardless of the circumstances. As Jon Medved, CEO of OurCrowd, said in a Forbes article: “We have a longstanding tradition of turning curses into blessings.” Meanwhile, American comedian Alan King joked that one can summarise every Jewish holiday as “they tried to kill us, we won – let’s eat!” Both these lines hide trace elements of ‘chutzpah’ — to make the most of what you have even in the face of insurmountable odds.

The importance of characteristics, such as accountability, ownership, independence, a sense of urgency, curiosity, and more, are not sufficient. It is important to create an environment where these traits can operate to enable both ‘evolution’ and ‘revolution’.

While specific cultural circumstances and history may have given rise to the prevalence of such attitudes, it is these attitudes, nonetheless, that are critical and must be focused on. The mindset can perhaps be best summarized through the lyrics of Bob Dylan’s ‘Like A Rolling Stone’, that “when you ain’t got nothing, you got nothing to lose”. We start to see a glimpse of the ‘how’. The important duality that must coexist, whether in the backdrop of a unicorn’s birth, in the transformation of an organization, or pursuit of personal aspirations.

The importance of characteristics, such as accountability, ownership, independence, a sense of urgency, curiosity, and more, are not sufficient. It is important to create an environment where these traits can operate to enable both ‘evolution’ and ‘revolution’. That is on the one hand, a systematic, planned, data-backed process of working out or developing change in a certain direction and on the other hand the ability to rapidly turn about and change direction pursuing a bet, a hunch, a good idea that may disrupt the systematic course of evolution.

In the pursuit to attain the unattainable, one must have the determination and persistence to maximize the known and the readiness to rapidly handle the unknown. Obvious, perhaps — however, to paraphrase Owen Barfield, it is the obvious which we risk losing sight of. 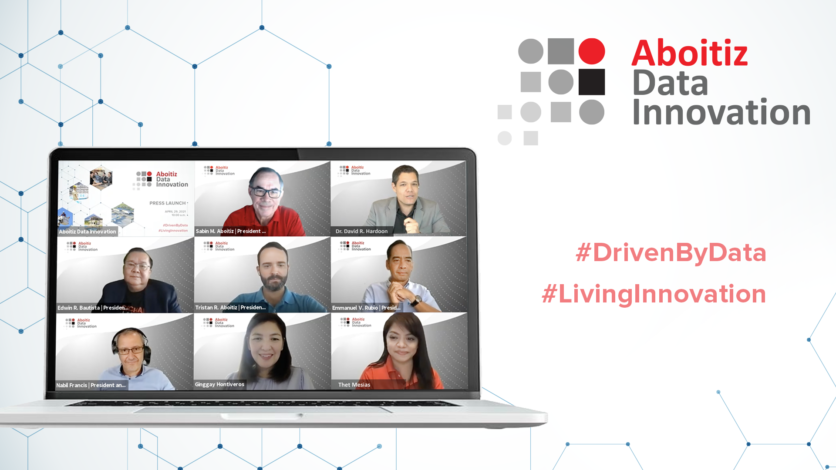 For over a century, the Aboitiz Group has achieved great strides through innovation that places equal importance on improving products and services and deliveri...

We’d love to hear from you.